Being gone for a week in August then being laid up with Covid plus other responsibilities means that the weeds that I had been beating through this summer have taken a lead and are winning.

Monday, I spent several hours pulling weeds and deadheading blooms only to have the heat drive me inside before 11 am.  Tuesday I took these photos but again the heat is too much to work out there.  I'm hoping the forecast has lower high temps and less humidity forecast going forward.

Here's an assortment of photos from the deck garden. 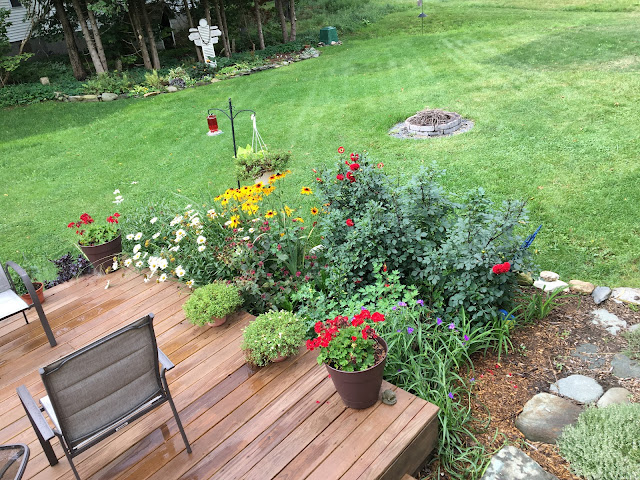 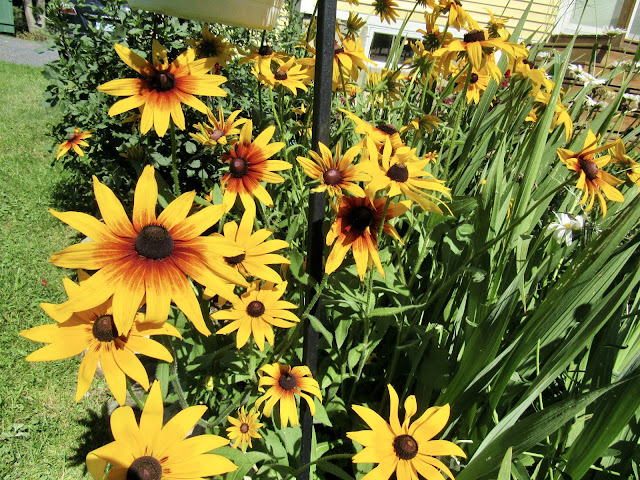 This day lily has sent up this huge stalk with buds.  Never seen this before. 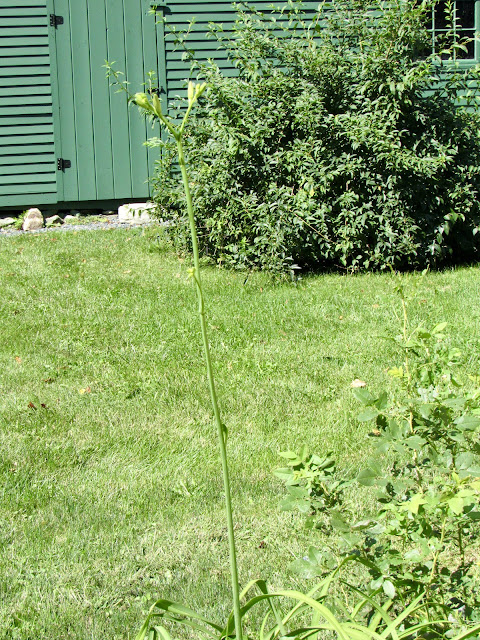 It won't be long before the trees behind us start turning to red and yellows. 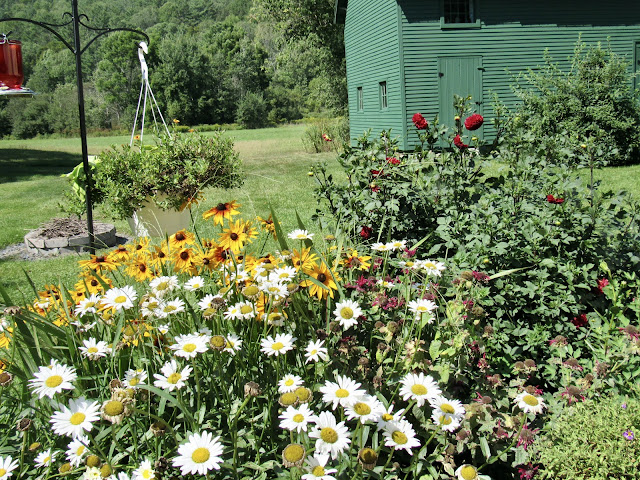 These roses that I transplanted to this spot last fall have grown but never produced any flowers.  Could it be that the root stock I transplanted were not flowering roses? 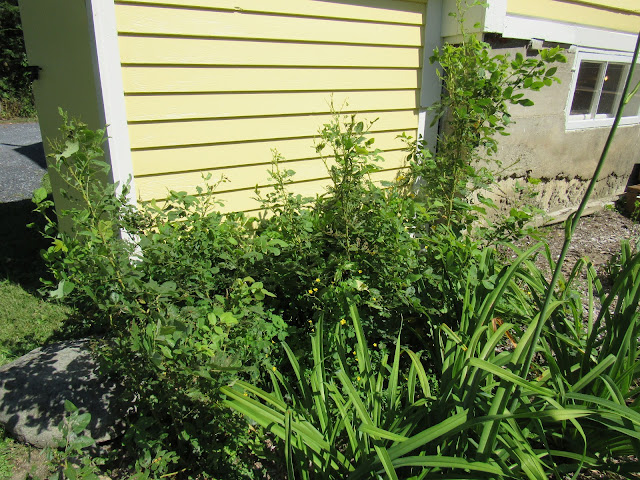 I plan to remove them and transplant some double bloom day lilies to this spot that daughter Sarah gave me last year .  Their current location doesn't give them much sun and I want them to spread. 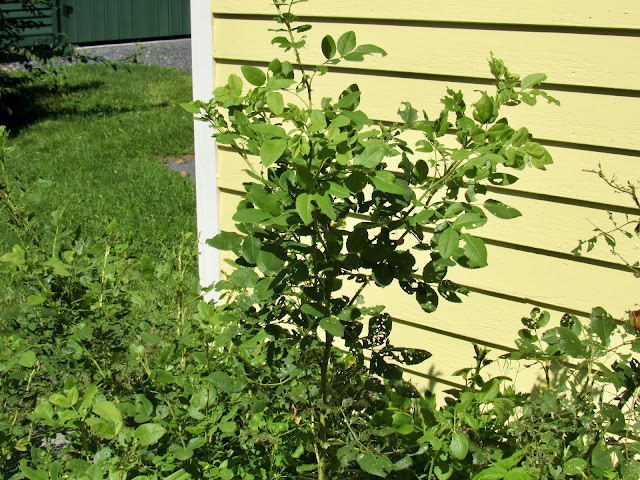 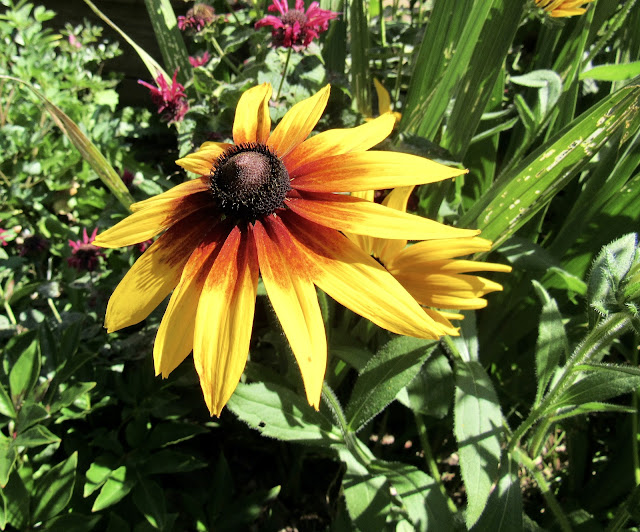 Evidence of my weeding.  Didn't even dump this load. I managed to deadhead a lot of the shasta daisies  but you can see the grass stalks in there. The dahlias have grown huge and I had to trim some large stalks that were laying on some new day lilies. Here's one blossom. 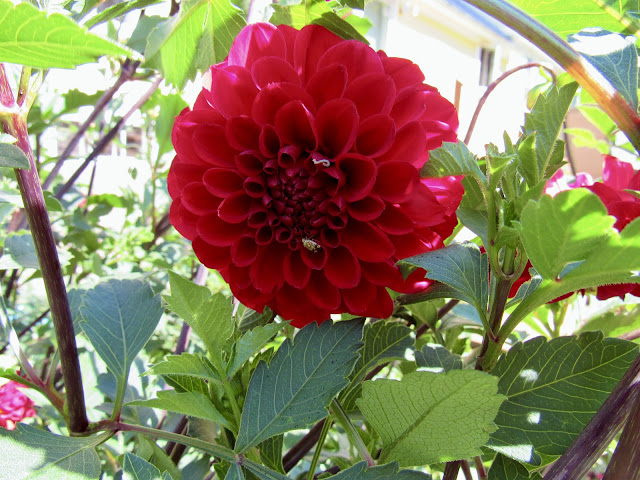 Later this fall I plan to expand this garden area to the left.  I have lupine seeds to plant and when I plant the dahlias again I want them to have enough room. 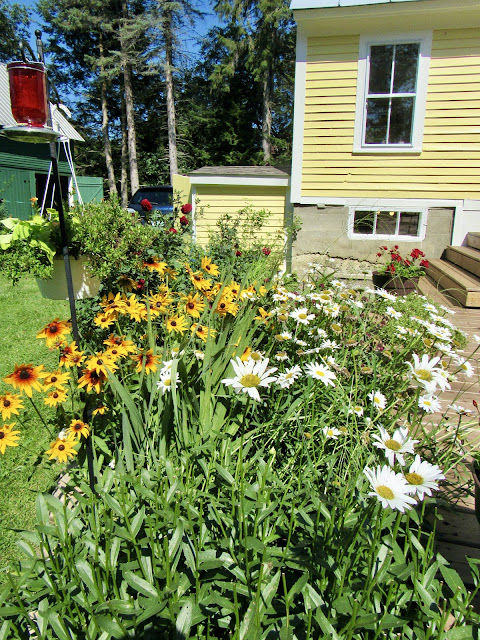 And here on the back porch is this lovely pot.  No weeds here and it rarely drooped.  It was an impulse purchase in the spring from Home Depot.  Originally, I have to admit, I planned to give it as a welcome present to a new neighbor across the street.  I didn't see her for the longest time and I formed an attachment to the pot.  I gave her a plate of cookies a month later instead.  I'm glad I didn't share the pot because she hasn't appeared to be someone who cares for plants judging from her yard. 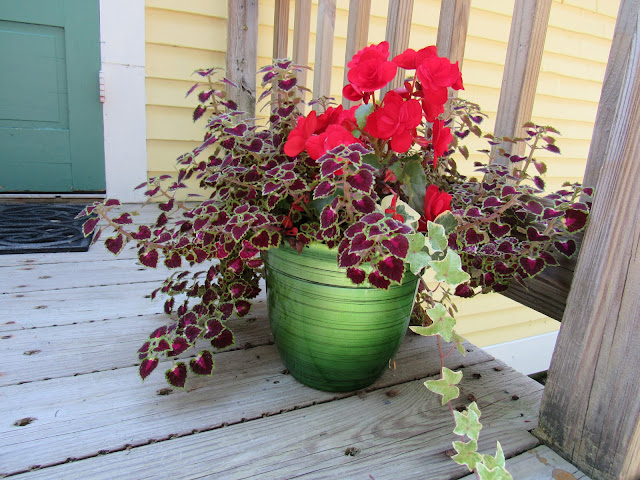 So called roses removed where spade is laying. 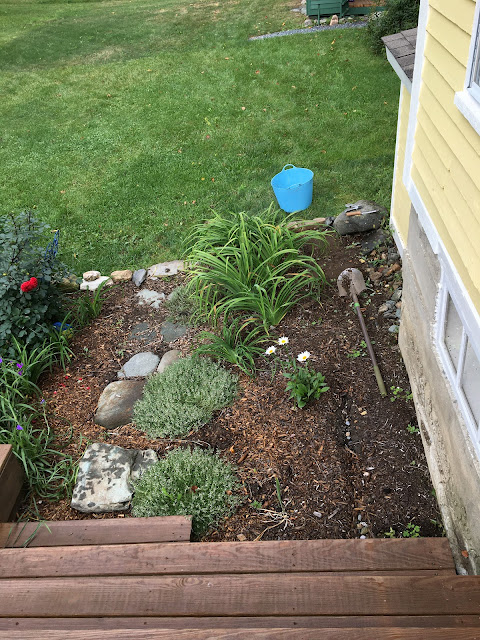 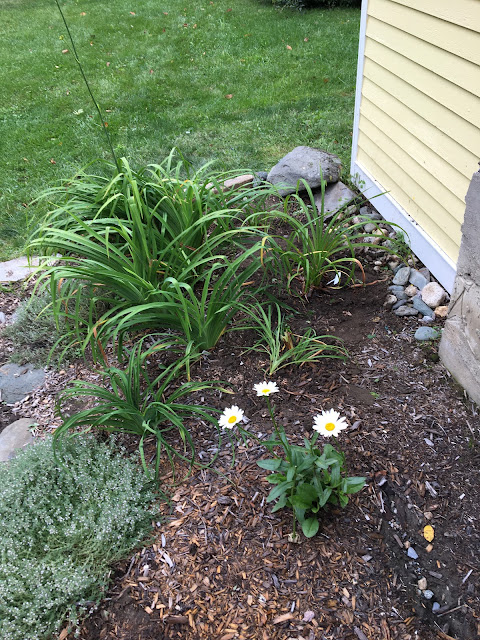 Deck garden expansion. I didn't wait until later this Fall. 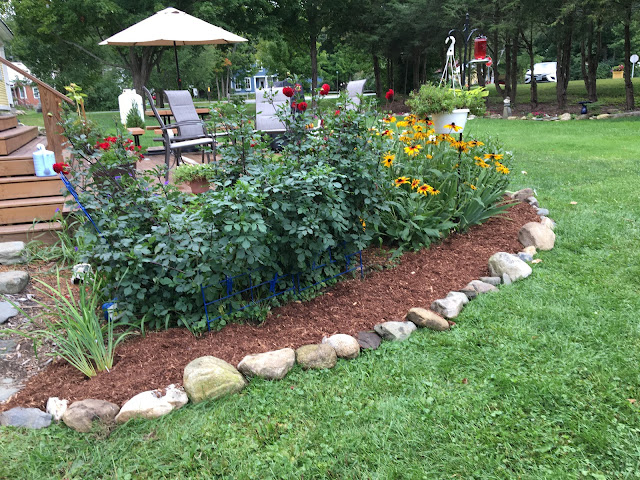 I think it is an immutable law of nature that weeds always win!

...my flower gardens look quite good, the vegetable garden is a disaster.

Good for you clearing out rose bushes without blooms. Who ever heard of such a thing! Your flowers do look happy to have had attention. I threw out two struggling marigold plants in a planter today. Their puny attempts to stay alive while most of the plant turned brown was really depressing! I too hope the weather is cooler...like today here was a nice surprise of high forecast at 76. We shall see!

My goodness, you are energetic! It all looks great!

You may see the weeds, but I see an impressive garden.

You have a beautiful garden with many equally beautiful flowers. Sorry to hear about the Covid. Hope you are all over that now and wishing you nothing but good health from now on.

Your beds are beautiful. I'm glad I am not the only person who moves my plants around. It is hot and dry here as well. Your flower pot is pretty and I really like the new addition.