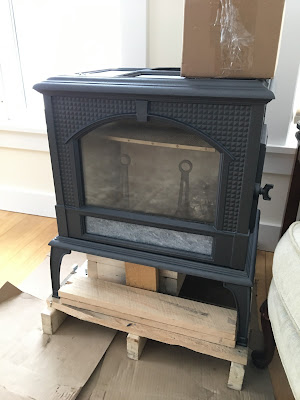 We settled on a woodstove from Woodstock Soapstone Stoves in Lebanon, NH and went with the smallest - the Keystone.  It loads from the right side but has a window in front like a fireplace.  It has a catalytic converter to burn off all the extra gases in the smoke, reduce creosote build up in the chimney and reduce air pollution. Woodstoves have come a long way since we last had one installed in the 80s. 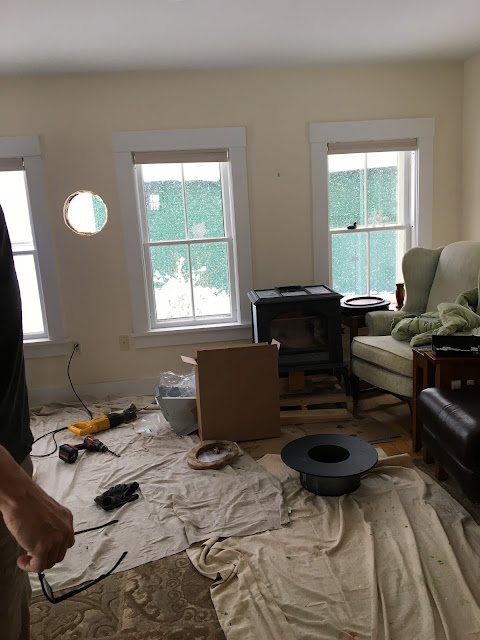 The woodstove company recommended an installer who came out to assess our location.  Originally we thought we would take out the middle window in the back, but in order to run the stove pipe up outside we would have had to have too many bends. Instead he suggested between the windows, a lower cost required for installation.  We then ordered the stove and the hearth pad.  Luckily the company had just finished manufacturing the model we wanted and had one in our preferred color that had not been spoken for. The hearth pad will not be delivered until the end of February.

Monday, in the snowstorm the installer came with the stove which he brought in with a hydraulic dolly - it weighs 440 lbs. He went to work preparing the hole for the stove pipe.

Below is how it looks now until we get the hearth pad.  The blue tape marks the approximate location. 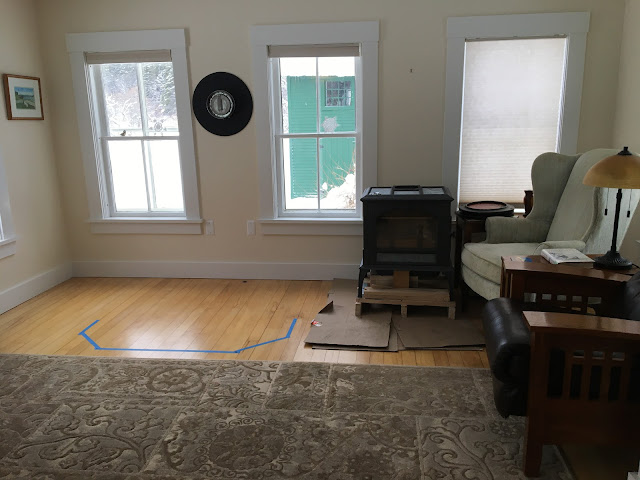 The stove pipe is capped outside for now. 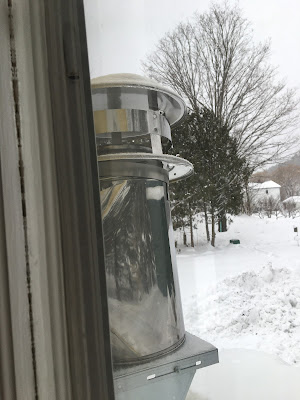 And we have this lovely art installation between the windows. 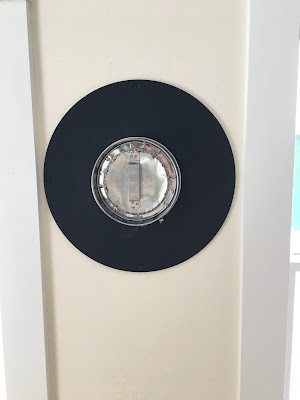