No Guns in the Classrooms

As a former teacher, the idea of arming teachers is preposterous! 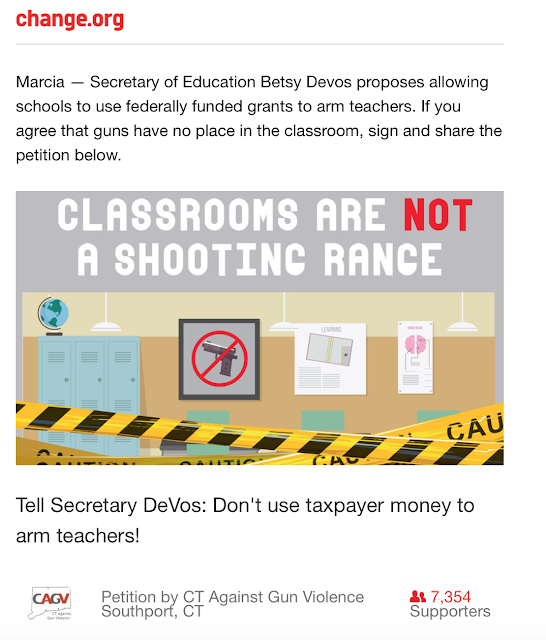 No one should be even considering putting guns in classrooms.

Change.org has a petition that you need to sign.

As reported by The New York Times, education secretary Besty DeVos is considering awarding federally funded grants to buy guns for schoolteachers as a way to prevent school shootings.DeVos’ plan represents a radical shift in education policy that for years has taken the position that the federal government should not fund weapons procurement for schools. It ignores Congressional mandates that expressly prohibit using federal taxpayer dollars to buy guns. In a cynical ploy to circumvent the prohibition of funding school weapons purchases, DeVos is contemplating raiding the Student Support and Academic Enrichment program to buy guns. Arming teachers is not the way to support students or enrich their academic experience.  Arming teachers is a misguided policy that substitutes NRA rhetoric about “good guys with guns" for rational solutions to prevent gun violence in schools. Educational advocacy organizations, law enforcement experts, parents and teachers themselves roundly oppose the strategy of turning educators into armed security guards.  In her letter to President Trump, Randi Weingarten, president of the 1.7 million member American Federation of Teachers wrote, “The response we have heard is universal, most notably from educators who are gun owners, military veterans and National Rifle Association members: Teachers don’t want to be armed; we want to teach.” In a recent survey conducted by the NEA, 82 percent of their members said they would not carry a gun in school. Two-thirds of educators who own guns would not consider carrying a firearm on school property, and two-thirds also said they would feel less safe with armed teachers in their school. The voices of those who know best overwhelmingly oppose arming teachers. Tell Besty DeVos to listen to them and drop all considerations of using taxpayer funds to arm educators.
Posted by Marcia at 11:36:00 AM 6 comments:

Starting Sunday we are on vacation for a week at a lovely chalet in West Virginia. 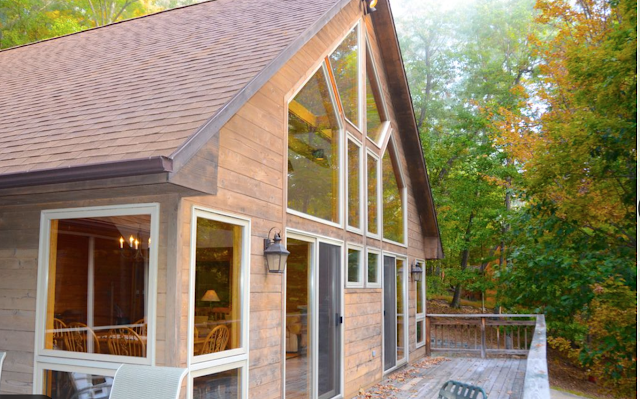 Looking forward to quality time with daughters, sons in law, and granddaughters.  We haven't all been together since an afternoon at Christmas time. 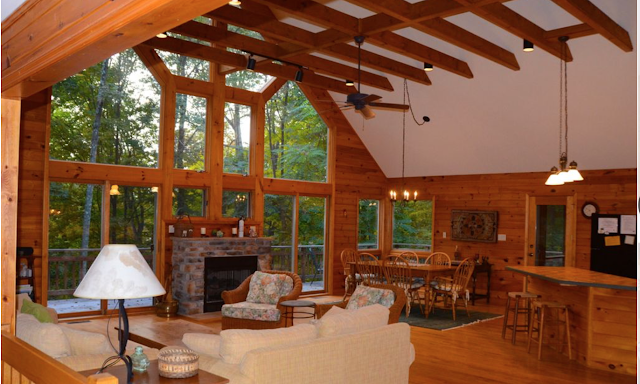 The end of the week we will join a larger gathering with my 5 siblings and various nieces, nephews, etc.  It won't be at Three Otters as we did the last two years.  Didn't get enough to sign up for three nights of camping.  It will be a one day gathering for most and a weekend for others of us.

With that said, I'm taking a break from posting for a bit.  Typing one handed is still a chore.  Going to  let myself heal, do the exercises necessary twice a day and see the occupational therapist twice a week when I return from WV .

Have a good month of August.