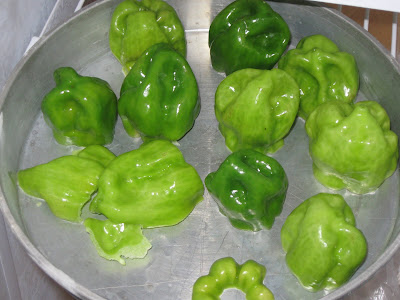 I was advised to save hot peppers by flash freezing them or by drying them. I cut the tops off some and removed the seeds. They went into the freezer in a cake pan. Once frozen I will bag them up to use one at a time. Others I threaded onto fishing line and hung in the mechanical room where it is very warm. 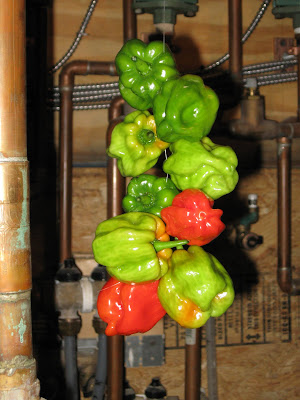 I wore my gardening gloves while I did this, but I realize now only the palm was non porous and the tops of my fingers are burning from the hot pepper oils. I don't dare touch my face.
Posted by Marcia at 8:00:00 AM No comments: 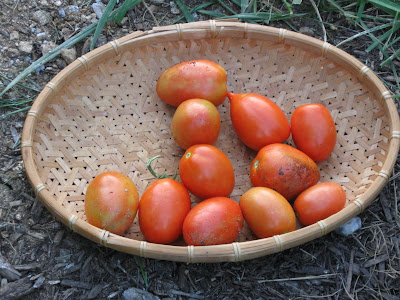 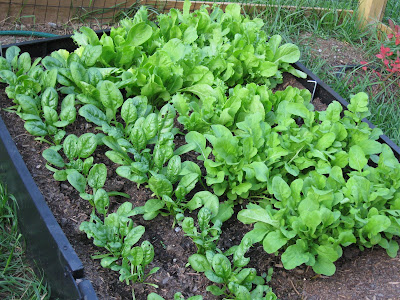 Had a wonderful arugula salad tonight. 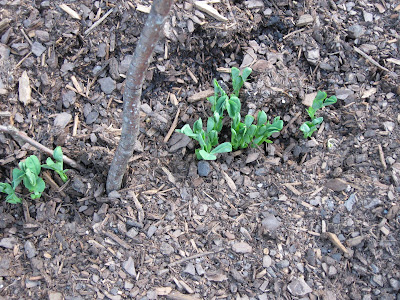 What Was I Thinking?

This spring I purchased a a tray of six hot peppers. I never stopped to consider what kind of peppers they were. Now the peppers are really producing and I've discovered they are very hot peppers - habanero peppers in fact. I made very spicy chili one night using one green one. I've made hot pepper jelly. Now they are turning red which may mean they are even hotter. I've been trying to give them away and though some of the ones I took to school disappeared there were two left which I threw out. 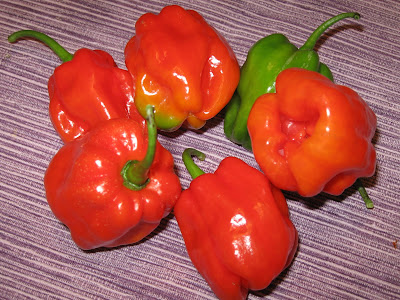 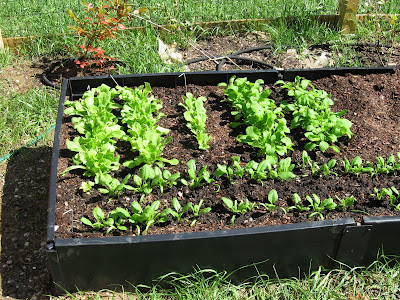 Spinach is growing in two rows parallel to the length of this bed. The mesculun and arugula are perpendicular to that. 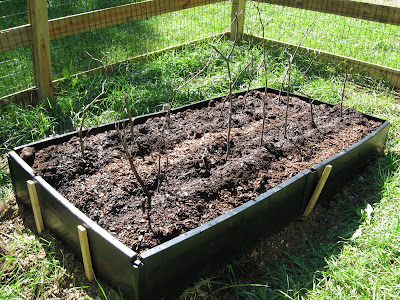 Here is one of the new beds with snowpeas planted. The sticks are to help the plants stay upright. I'm optimistic that they will get that tall this fall. 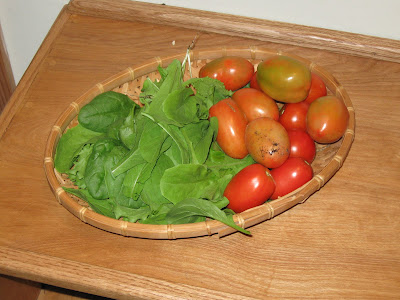 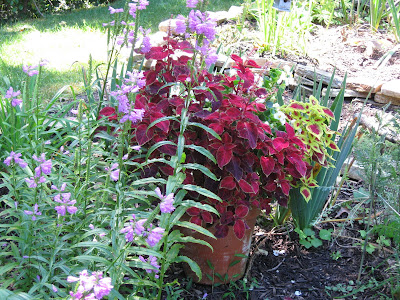 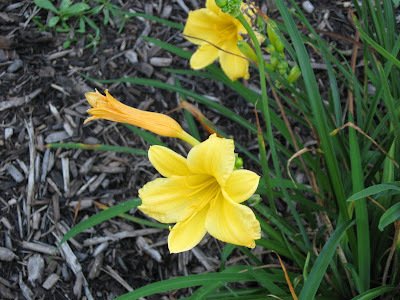 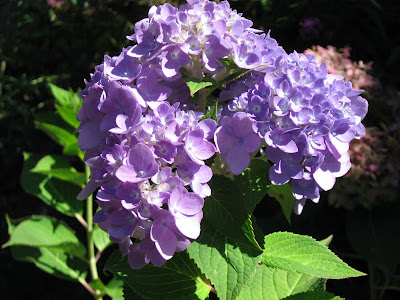 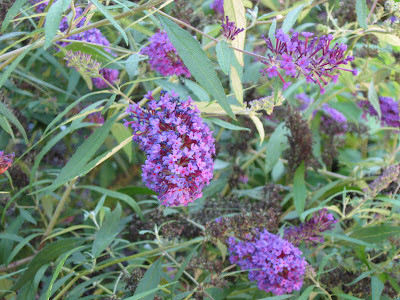 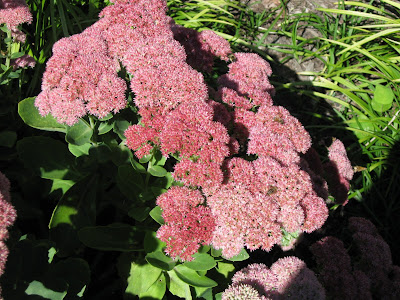 Today my Dad would have been 91 years old. 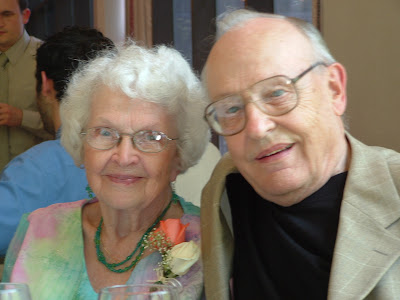 Happy Birthday, Dad! You are missed!
Posted by Marcia at 8:00:00 AM No comments:

I just finished the third book in a series except it was the first one in the series not the third.

Have you ever read series books out of order? Some of them don't matter all that much. This one did because I knew what the ending would be. I just didn't know how they would get to that point.

The author is Jennifer Chiaverini and her series is called Elm Creek Quilts series. I just finished the first book, "The Quilter's Apprentice". The one I read first was "The Lost Quilter", which I think is the latest in her series. After that one I read "The Runaway Quilt" which actually preceded the first one I read.

I'm not a quilter, but it does make me consider maybe I should try it sometime.
Posted by Marcia at 8:50:00 PM No comments: