The weather was calling for only a light dusting of snow, no more than an inch. As I write this we have three and it's still falling.

When I left this morning at 10 to go shopping it had just started. I came out of Kohl's and the car and parking lot were covered. When I came out of Safeway there was more than an inch and more falling.

The stretch of road down to the Patapsco River crossing was slow going - lots of snow. Thankfully Quaker Hill had been salted or I wouldn't have made it up.

I came down the lane following one set of car tracks which I assumed were Dan's. "Good" I thought he made it up the driveway and then I had to come to a halt. There he was ahead of me backing up after trying to get up and around the first turn in the driveway. I beeped, thinking he didn't see me come behind him. I backed up to the lane and so did he. We left his car there and he drove mine up the driveway, barely getting traction on the last hill.

Why did I think I could have done that? I was glad he was the driver for that last stretch.

We'll get the snowblower out tomorrow once it's done snowing.
Posted by Marcia at 3:04:00 PM No comments:

Email ThisBlogThis!Share to TwitterShare to FacebookShare to Pinterest
Labels: snow

I heard him before I saw him. As I sat at my desk last night I heard the raccoon bumping around under the porch. Finally I turned on the outside lights and there he was sauntering along the edge of the deck. (The deck is only a single step off the ground.) He was headed toward the perennial garden and I didn't give him (or her) another thought. 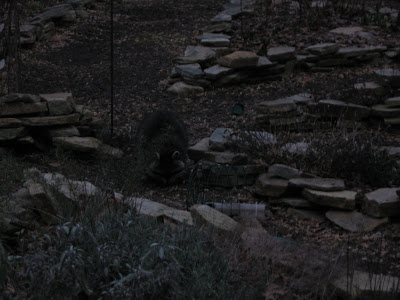 This morning, there he/she was in the perennial garden. The birdfeeder was down and broken and the rocks surrounding the clematis were askew. The raccoon was enjoying the feast of sunflower seeds. 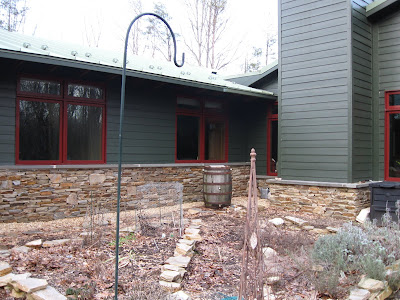 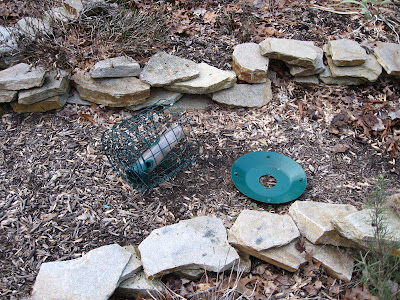 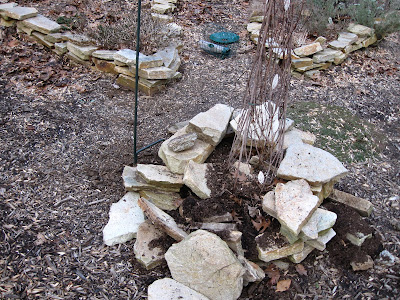 As I write this I hear the squeals of a quarrel between raccoons. I wonder where they will get into mischief next?
Posted by Marcia at 5:51:00 PM 1 comment:

Package in the Mail

My seeds have arrived! The package from Fedco Seeds came today. Everything came except the Kentucky Wonder pole beans which they are out of already. Now I need to set up my lights and seed starter, work out the schedule for planting and get started.

Here's what I got:

Email ThisBlogThis!Share to TwitterShare to FacebookShare to Pinterest
Labels: Garden 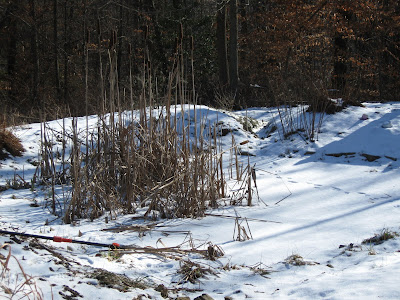 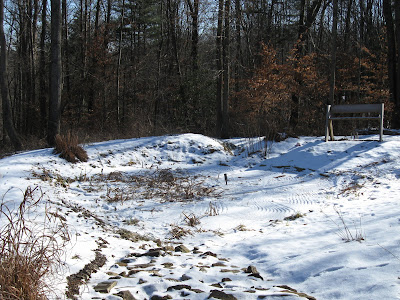 I took advantage of the very cold temperatures to cut down the dead cat tails. It's a wet, messy chore when the pond is not frozen, but an easy one when it is. Why didn't I think of this before?
I wonder how the goldfish are doing out there?
Posted by Marcia at 1:26:00 PM No comments:

Email ThisBlogThis!Share to TwitterShare to FacebookShare to Pinterest
Labels: Pond

We are entering the next decade of this century. We can't reach back and touch the last century anymore as Sarah said this morning. It's definitely in the past, history.

I am looking forward to many things this year:
Retirement in June 2010
A new expanded vegetable garden using the square foot method
Planting more perennials and landscaping the yard
Visiting Emily and Matt in a new home which they have just started the hunt for
Having Sarah home for the summer
Not starting a new school year in late August
Visiting Sarah in China in October 2010

What are you looking forward to?
Posted by Marcia at 1:59:00 PM No comments: