When Dan dismantled the loft in the barn I salvaged one piece of wood to make a shelf for the rec room upstairs in the barn. 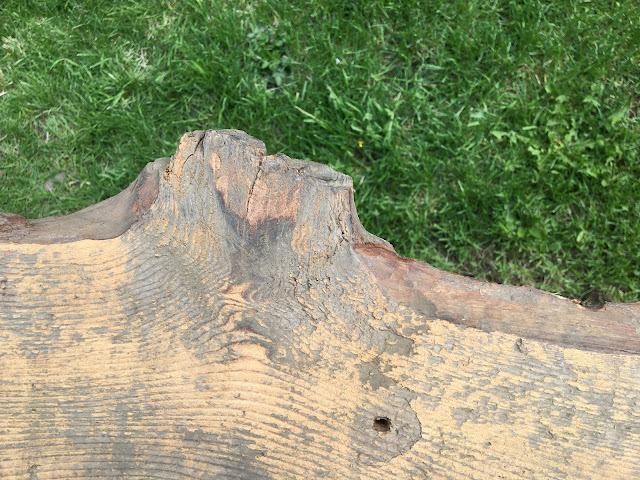 The board is 15 feet long and had been part of the flooring of that loft. 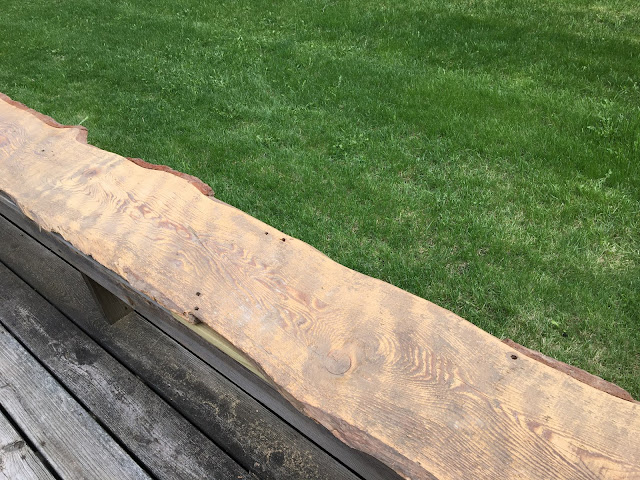 Saw marks were evident from a sash type saw mill.
The bark on the edge was not removed. 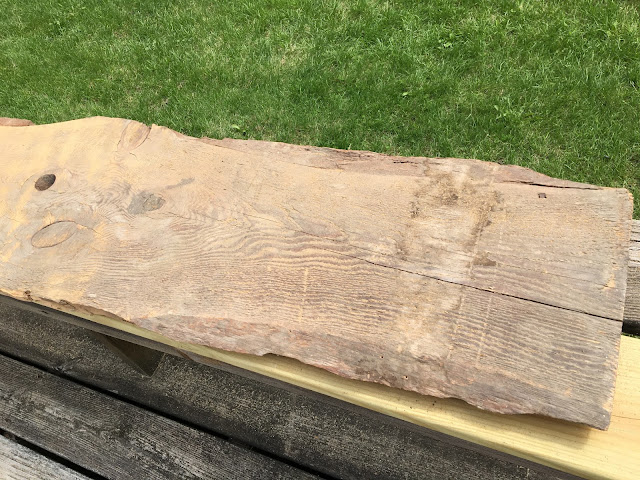 The above three photos are from when I laid it on the bench on the deck to sand it. I should have washed the board first before the first two grits of sand paper.  Dan did then help me scrub it and even after sanding there was lots of dirt to be removed. Once dried I sanded it some more with several finer grits before Dan took it to the basement where I set up drop clothes to polyurethane the board. 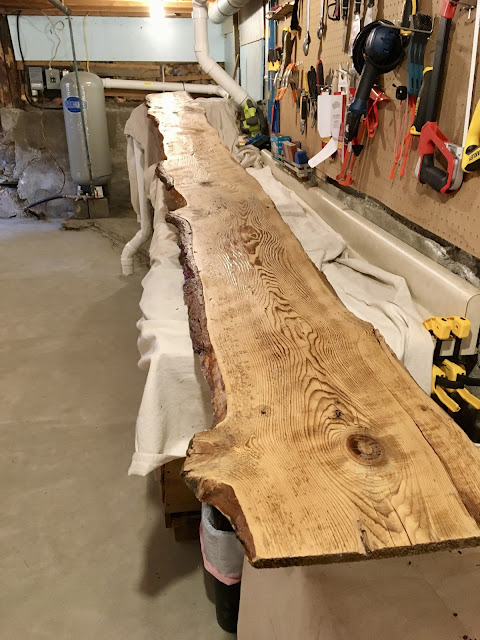 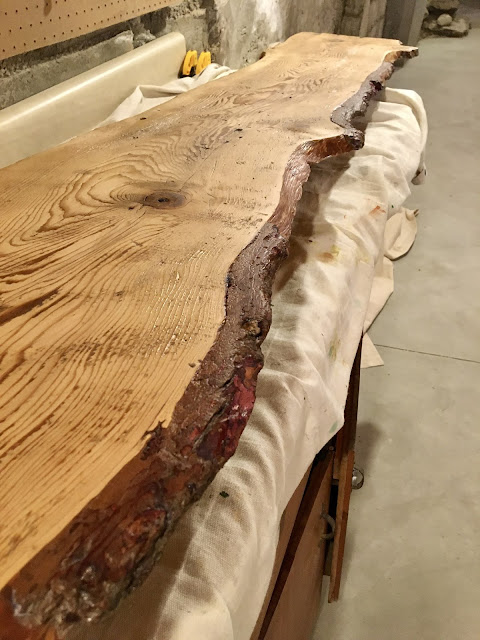 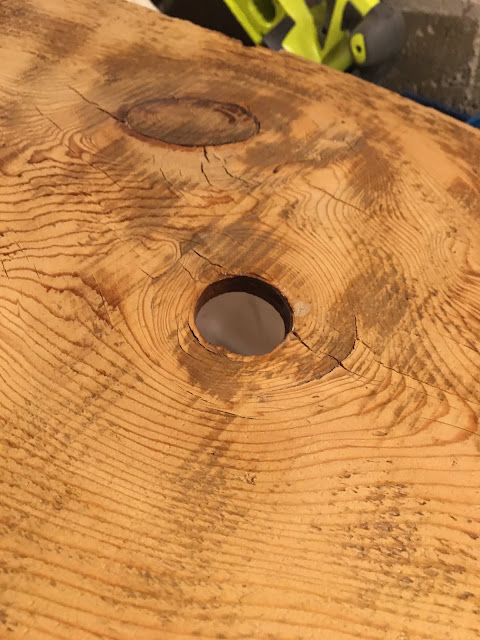 I did three coats on the top and two on the underneath. 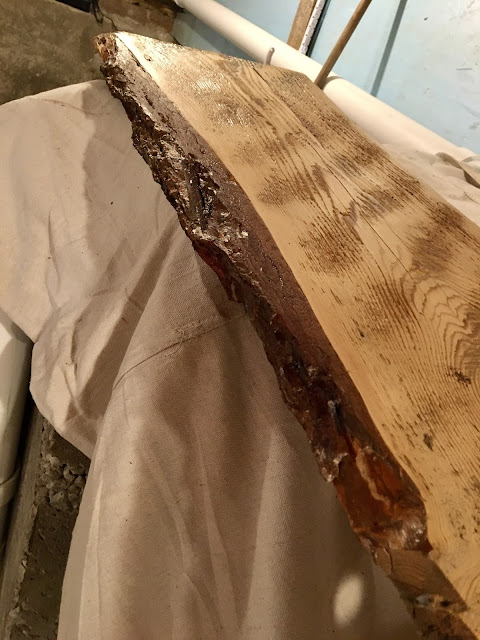 Below shows its final spot in the rec room. 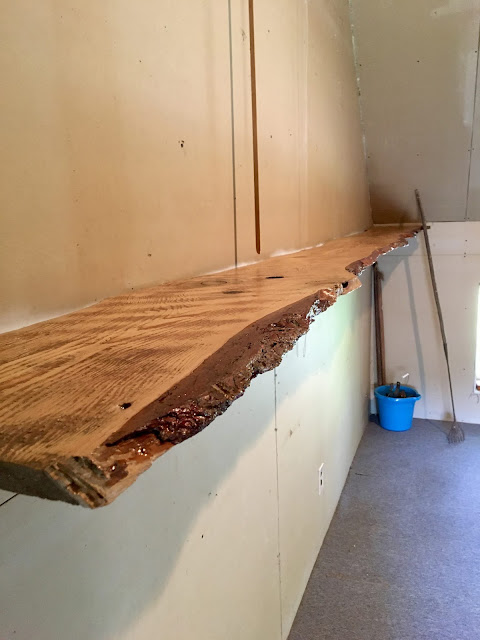 The bark edge really gives it a neat effect I think. 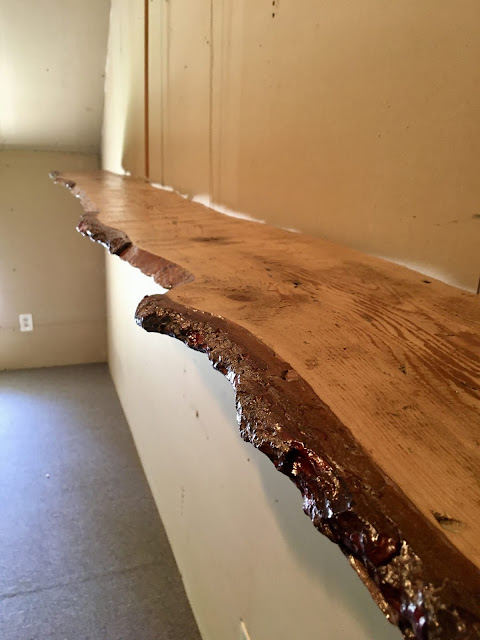 I have a box of artifacts to be washed and placed on there for viewing along with the ping pong balls and paddles.

Next big project will be painting the rec room.  Granddaughter #2 and I were up there this morning and talked about painting it with green hills, cows, blue sky, clouds, a rainbow and flowers.  It should be fun.  But before any of that goes up all those walls need a washing and primer coat on the wallboard. Stay tuned!

...I love live edge boards and I've made a number of things with them.

With the price of wood these days, your shelf is probably the equivalent in price of a new car. :)

I love the bark left on...it's a work of art! Very nice and functional too!

The bark gives it character, I think. Patiently waiting for your next project.

That is beautiful! Also-- if you would like one of those white iris, give me your address. My email is vicki3lane@gmail.com

Love it.... Isn't it great to find things to do (so you can keep) to an old house when renovating.... What fun you all have had doing renovations. Sorry though it's so hard to get help... That is happening around here too. Nobody wants to work!!!

Have a great week.
Hugs,
Betsy

You are amazing, Marcia. You have an excellent, artistic eye for potential. That looks truly beautiful! That's a LONG piece of wood.

Nothing else to add...just to let you know I read your post, I also love what you've done with that old plank...beautiful! You will have many hours of enjoyment in the rec room and can see it is used well.

That is so beautiful! You did a nice job finishing it.