We arrived in Barcelona, Spain on October 2nd for a two week stay.  As we did for our two weeks in Scotland in 2017 we used unTours.  This meant we had a two bedroom two bathroom apartment (we were traveling with friends), 4 ten trip Metro passes each, a local cell phone, passes to 6 museums, groceries in our kitchen to get us started, a ride to and from the airport and local support in the form of a wonderful woman named Edlira. She gave us an orientation on our first Thursday and on Friday a tour of one of the markets, olive oil tasting and a tapas lunch.

We covered a lot of territory in Barcelona and came to know our neighborhood very well.  There were three Metro stations an easy walk away, wonderful restaurants and sandwich shops, bakeries, grocery stores and a market.  We took a train to Madrid for an overnight.  Took a train south to Terragona for a day trip and one north west to Montserrat.  I have a lot to share and it will take many blog posts.

Let me start with an introduction to our apartment and the neighborhood. 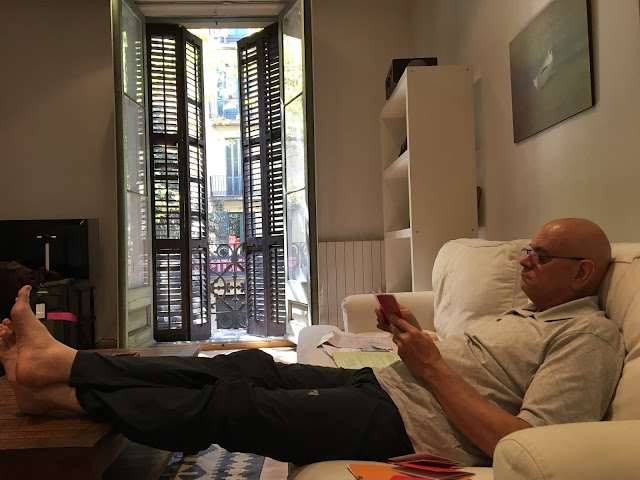 Our living room/dining room had two wonderfully large windows that opened out on a small balcony facing the street below. 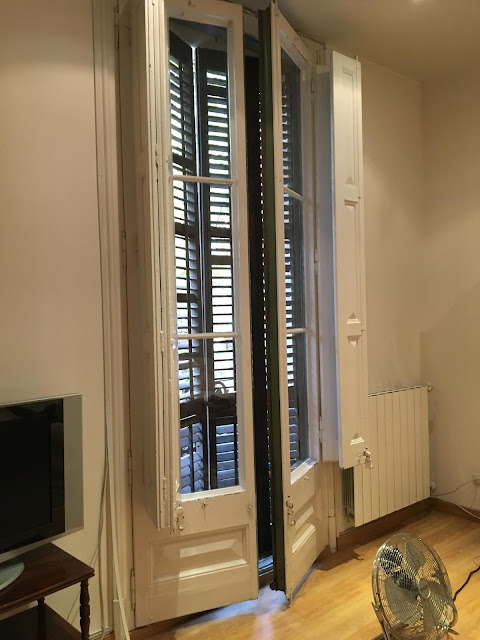 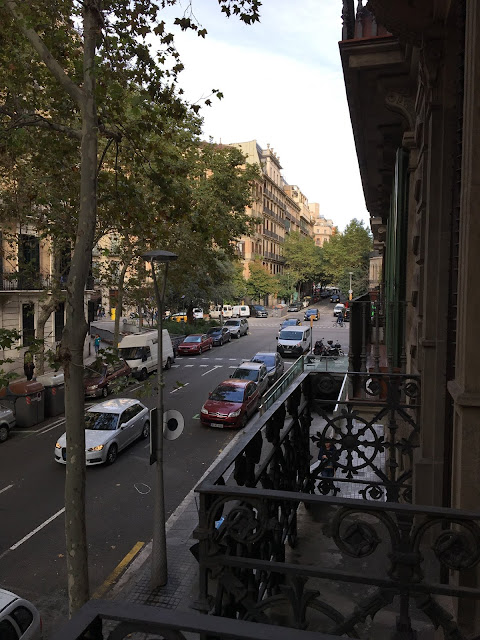 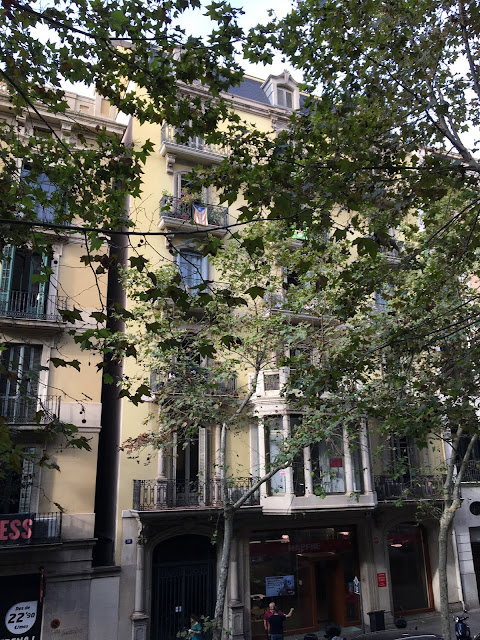 Looking out the front windows you can see the recycle bins lining the streets. The fitness place across there was great for Dan who thought he was going to have to walk blocks to find one.  He joined for the time we were there. 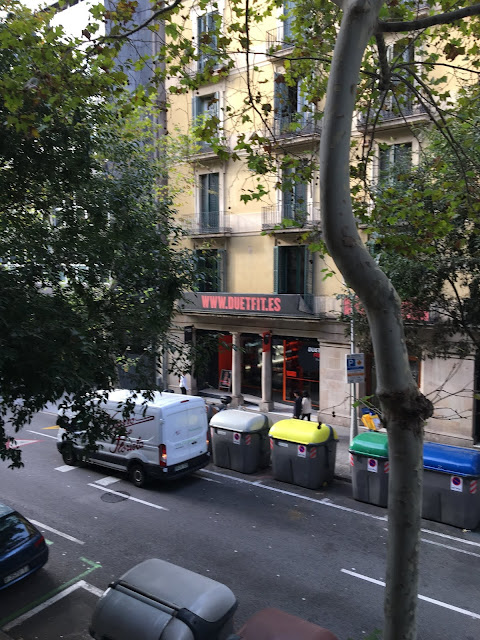 Each of the two bedrooms were in the back with large window/doors that opened on a terrace. We were on the second floor though it was called the primary floor.  The one below us was the ground floor and the one above the first floor.  There were 5 floors of apartments all together accessed by a stairwell and small elevator. 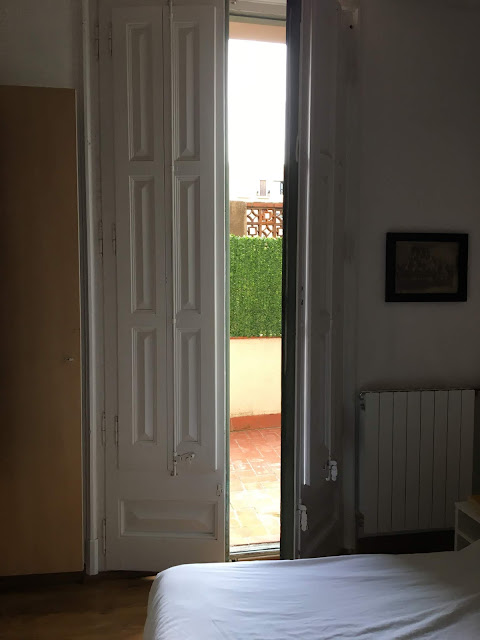 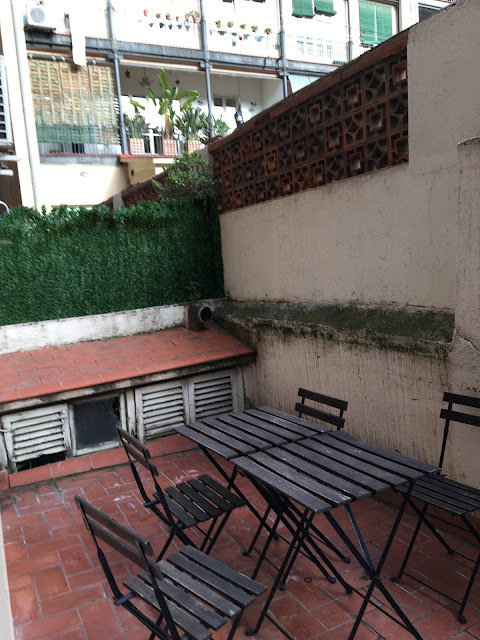 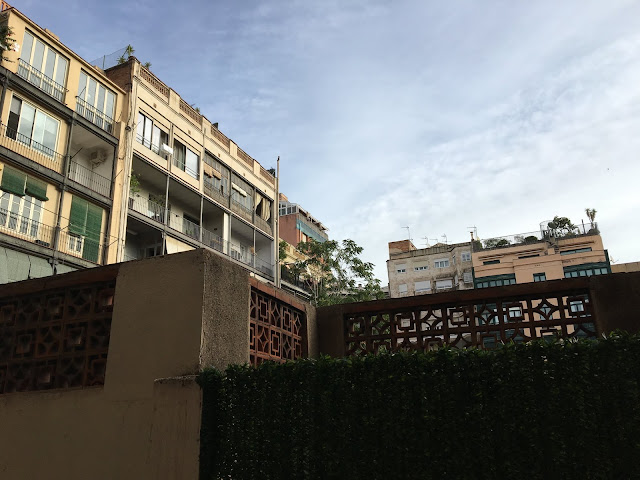 Surrounding us were other apartments from the block we were on.  We never could see into the center area but some blocks had little parks in them. 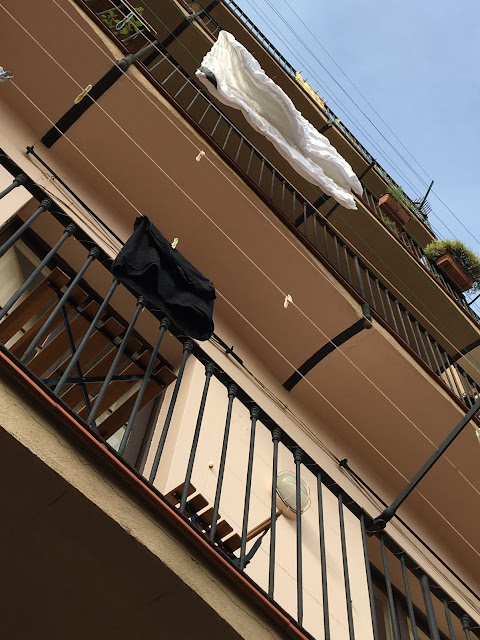 Looking up we usually could see laundry hanging out above us.  I would find clothes pins on the terrace and one evening a knock on the door brought a dad from two floors up asking if he could retrieve the legos belonging to his oldest son that his youngest son threw out the windows.  He found them all. 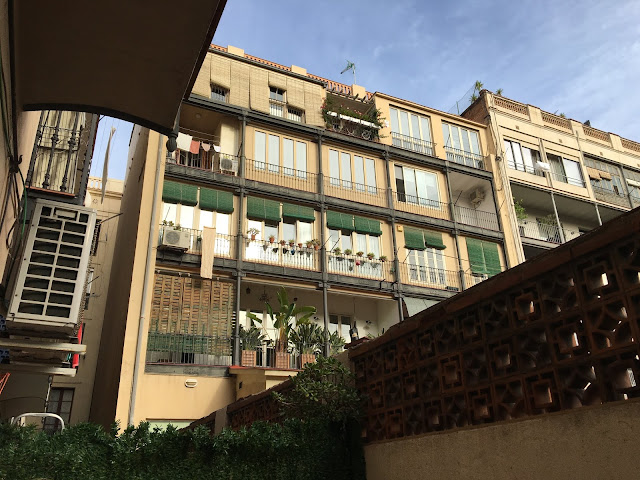 Dan, Janet and Will waiting in one of the Metro stations.  The system was very efficient. 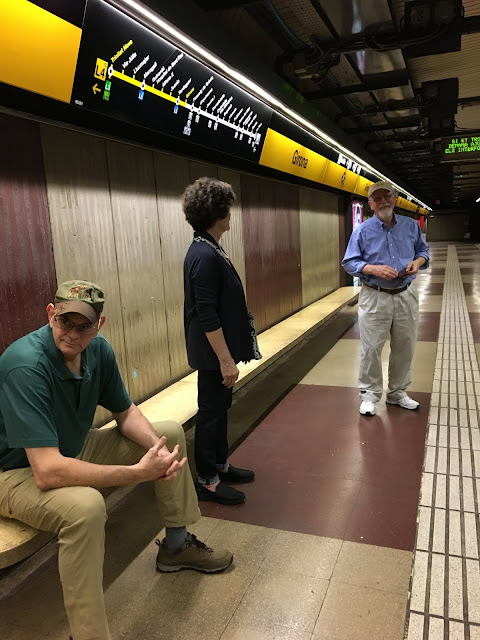 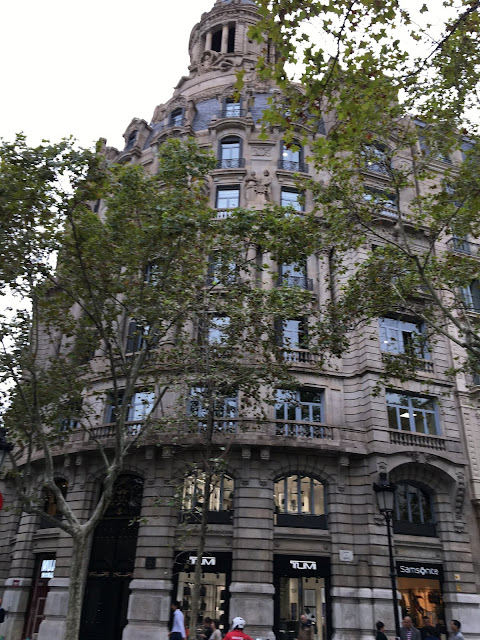 One of the neighborhood restaurants. 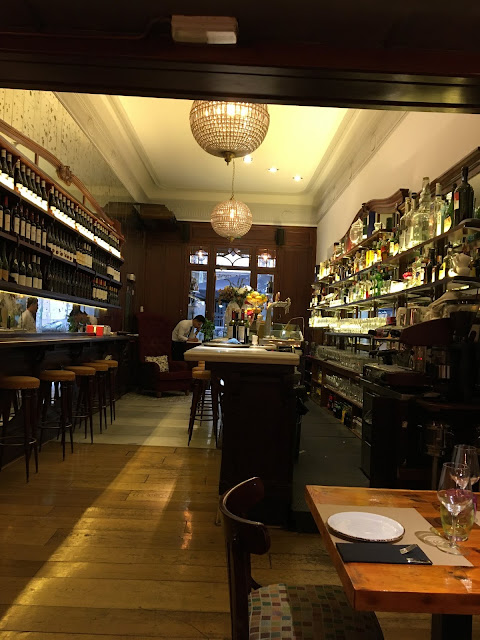 A cloister in the local church. 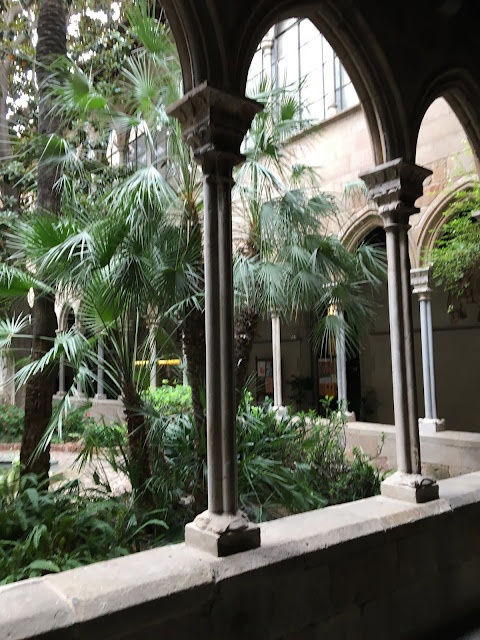 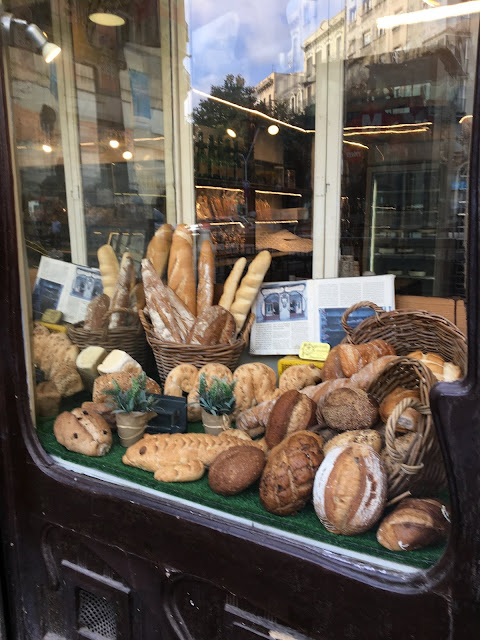 A midmorning snack of croissant and hot chocolate.  The chocolate was more the consistency of pudding that hadn't solidified.  I dipped pieces of my croissant in it. 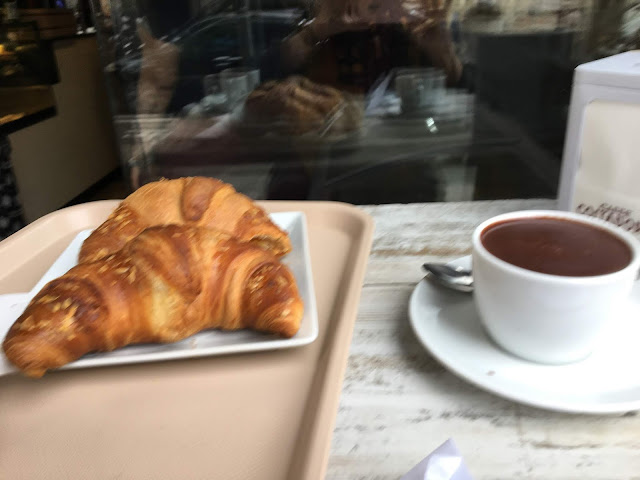 You seem very cozy in your apartment and street. Your photos give nice insight to the place. Barcelona architecture, particularly the Gaudi work, is stunning and beautifully strange as your previous post shows.

You seem to have found a good way to travel.

That sounds like a fun way to travel. I love the idea of having an apartment in a neighborhood, shopping the local stores for food, etc. it’s the way I like to travel.

You get to see so much more when you're on your own. When we went on a tour a few years ago a second time, we couldn't see as much as when we went on our own. 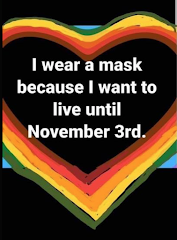