[Continuing to post about our two week tour to Scotland in Sept-Oct 2017.] 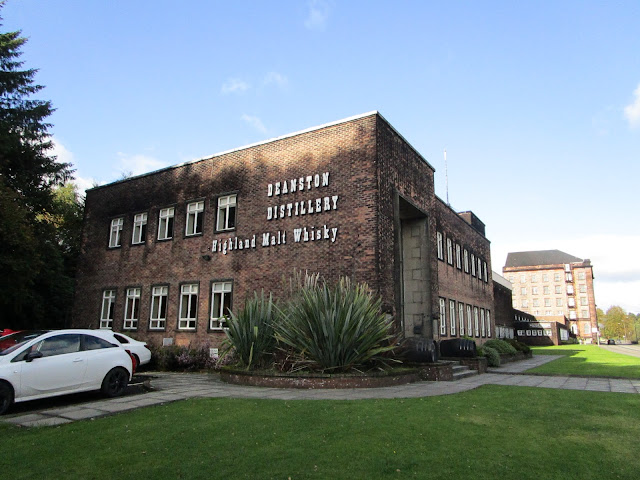 There are a lot of distilleries in Scotland. We chose to visit one in the next town one morning.  We thought we were arriving early enough for the first tour, but we didn't count upon the bus tours that book tours ahead of time.  It worked out to our benefit because there were only 5 of us on the tour including the guide. 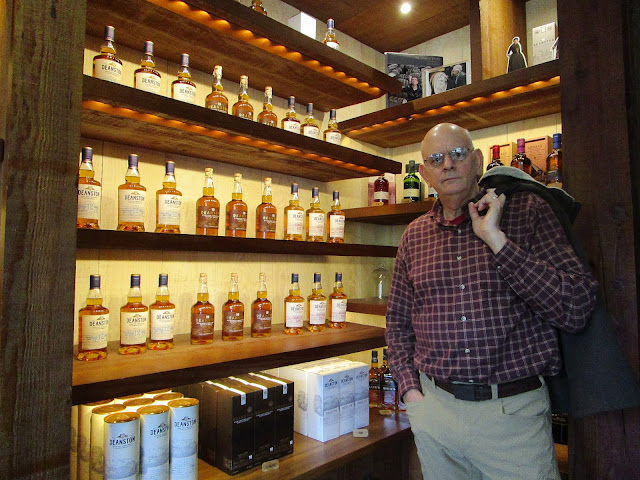 I do not like the taste of Scotch whiskey, but Dan has acquired a taste so we came home with two bottles. 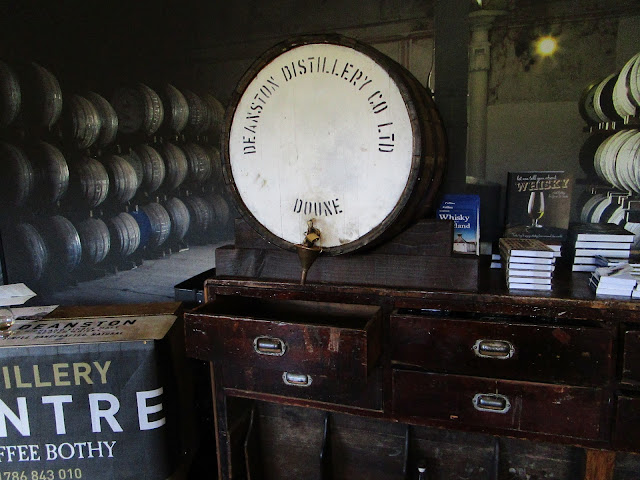 Deanston Distillery started life in 1785 as a cotton mill designed by Sir Richard Arkwright, and remained as such for 180 years until it was transformed into a distillery in 1966. The constant supply of pure water from the River Teith contributed to the decision to turn the mill into a distillery and Deanston is now the only distillery in Scotland to be self-sufficient in electricity, with power generated by an on-site hydro-energy facility. Deanston sits in the Highland single malt region of Scotland and produces whisky which is handmade by ten local craftsmen, un-chill filtered, natural colour and bottled at a strength of 46.3% ABV. 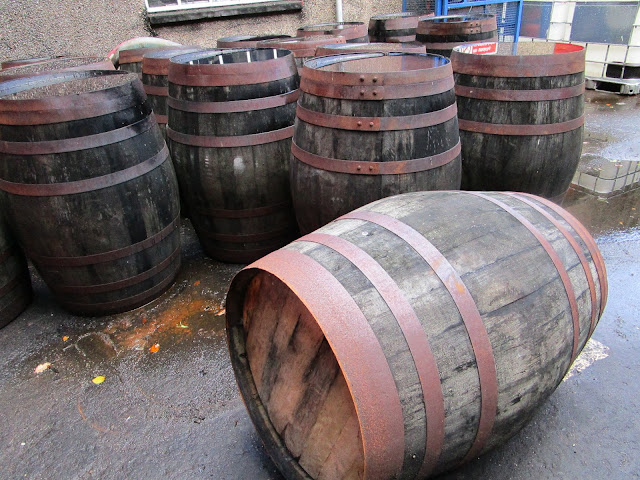 The barrels come from the USA of all places. 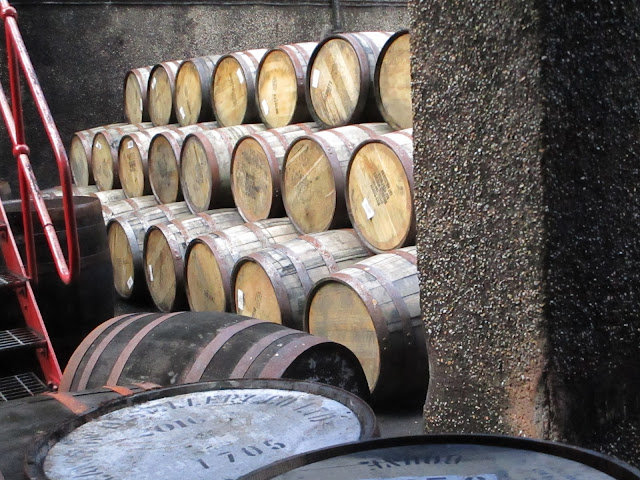 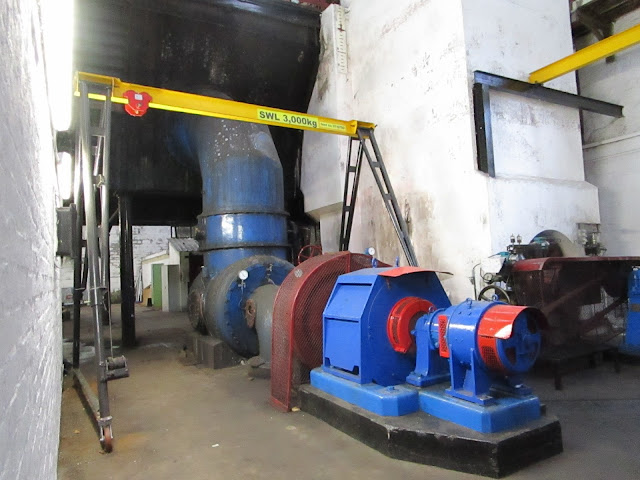 The River Teith is an incredible source of energy and has been for a long time. 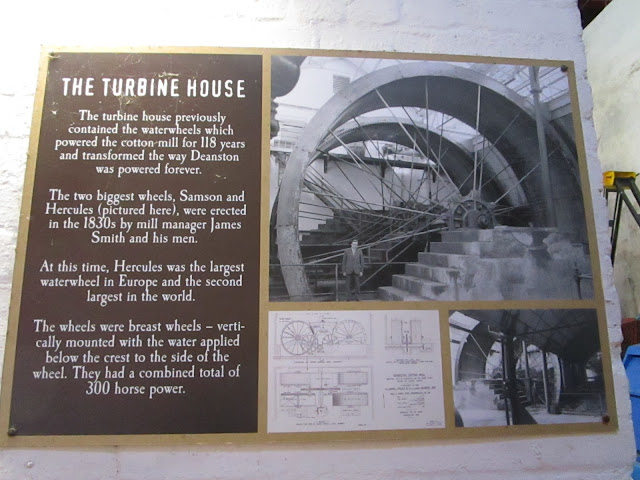 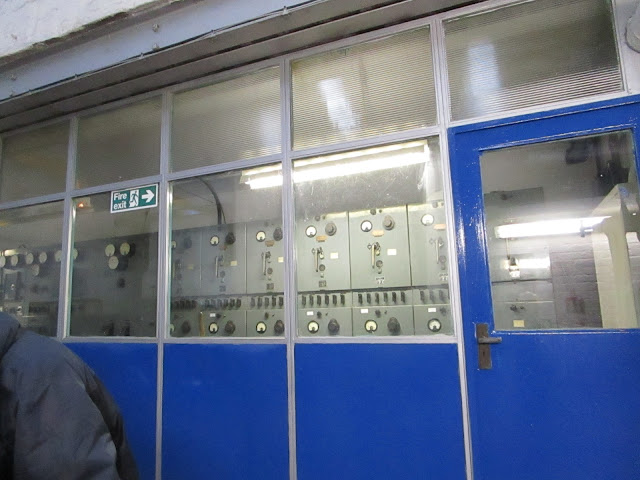 We got to see the processing of the grain. 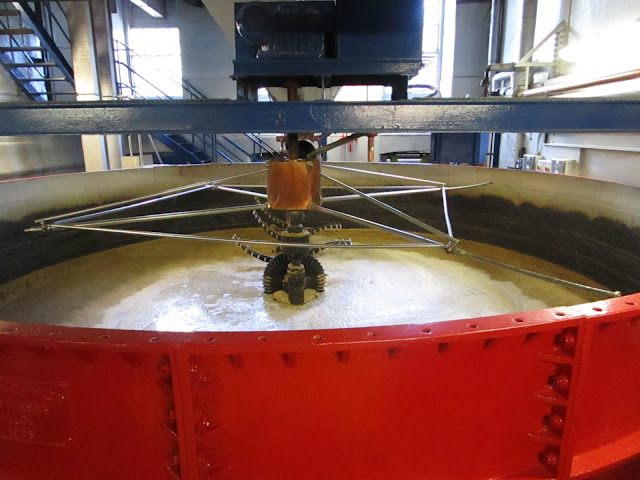 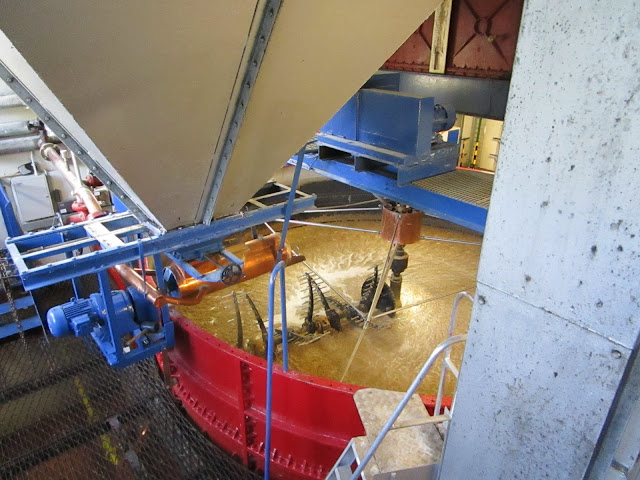 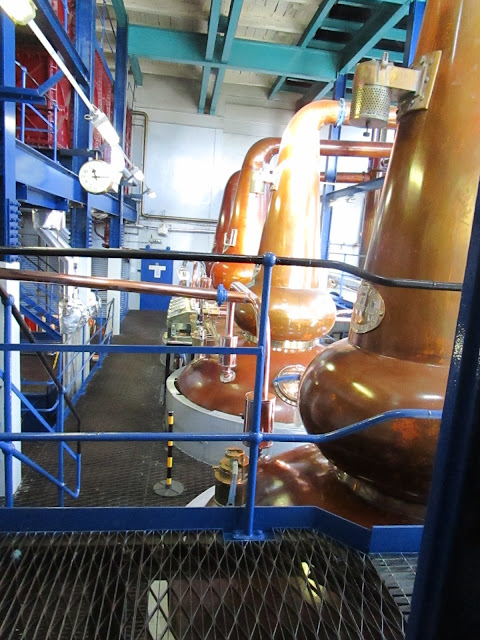 Here's where it's kegged. 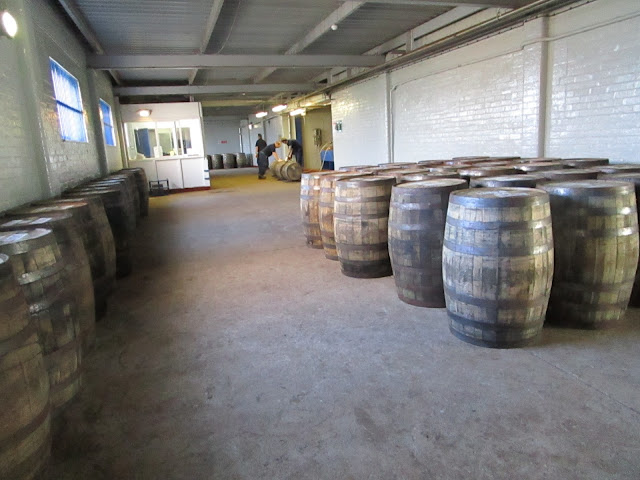 And then stored for years to come. 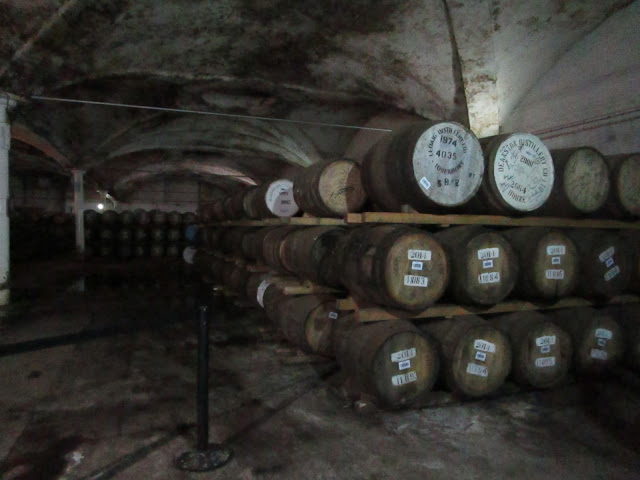 The tour ended with a tasting.  One sip was enough for me.

Interesting photos. I can't stand whisky but would be interested in the process.

I don't drink much at all (only wine with dinner)---and don't even drink beer. I remember one time when some friends took me to a German Restaurant for dinner. They told me that German beer is the BEST...... SO--I ordered one....... Woooo---couldn't stand it... HA HA

Marcia, if you're on the Viking cruise, we might see you! Keeping it secret for now.