Snow on the ground. 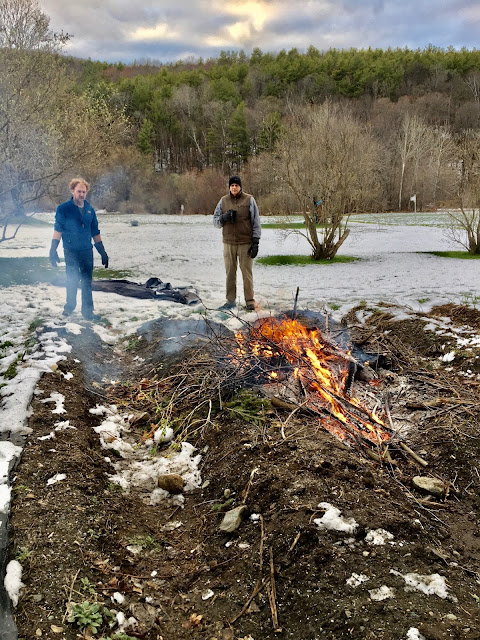 This pile was much larger made up of garden refuse that doesn't compost, and tree trimmings including some of our old lilacs that broke in the snow storm.  We arrived an hour after the burn began. The coals were hot and ready. 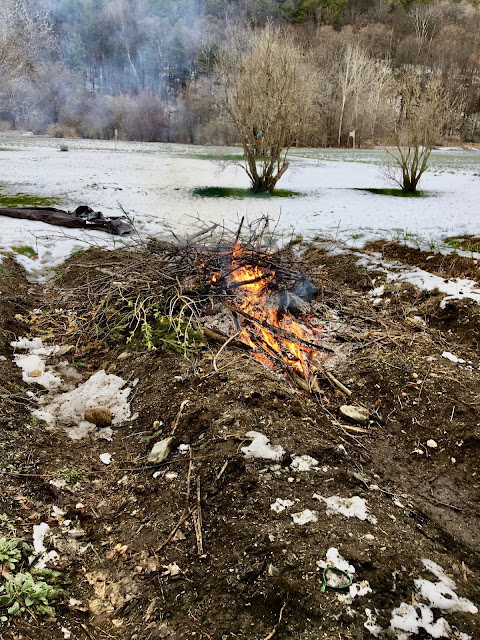 The bonfire was to happen in the fall but the pile was too wet to start then. After sitting with a tarp over it through the winter, it was nice and dry.  But everything around was tinder dry so fire restrictions through March and early April prevented the burning.  Only with the snow on the ground did fire restrictions lift. 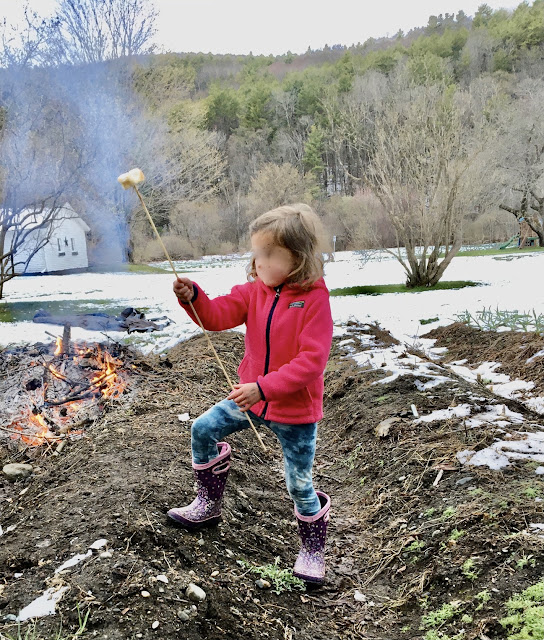 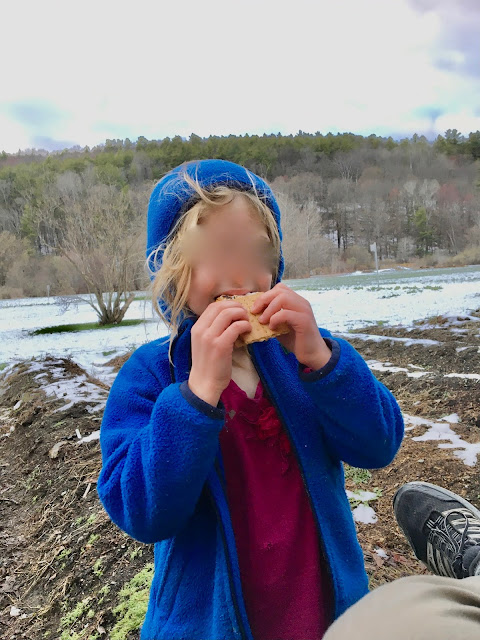 Both granddaughters partook as did I.
Posted by Marcia at 5:00:00 AM

What fun to have a bonfire with snow on the ground!

S’mores are good any time of the year!

That's so much fun! Your life has certainly changed since leaving Maryland.