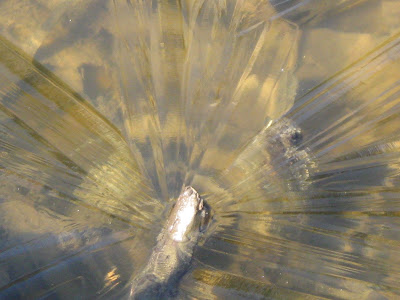 Snow is in the forecast for tonight. We have had below freezing temps overnight now for two nights so the hummingbird feeder has been removed for now so it doesn't freeze. The pond has had a nice skim of ice and the goldfish are slow to move. 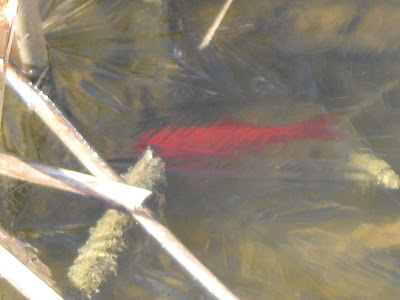 As I refilled birdfeeders this morning I discovered that something liked the fact that I carefully marked where I recently planted astillbe along the glen edge. Every one of those were dug up along with one flowering fern bulb that was planted there too. The other flowering fern bulbs were not disturbed. Fortunately the astillbe were bare roots and I found them all to replant them (though not as well as the first time). I will have to check again to see if whatever is checking out my newly dug places will be back to dig them again. I wonder if it is the same critter that dug up the butterfly weed earlier in the week? I put chicken wire over that to protect it and may have to do the same with the astillbes.

I purchased some garden art on Friday. It's in two pieces. The top balances on the vertical piece so that when the wind blows it turns. 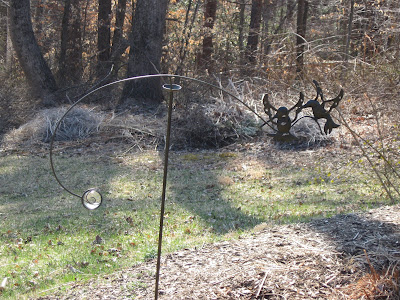 I saw this in the garden at the bird store and asked where she had them in the store. She didn't. She'd had two of them and when they didn't sell she put one in her garden. She promptly sold the other one. 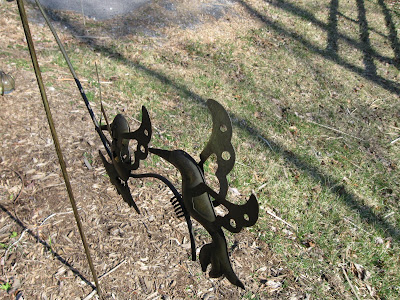 She said she'd discount the one in the garden for me if I wanted it. I did. What do you think of it? Will it keep the deer away from the day lilies that are planted on that edge of the garden? I'll find out. 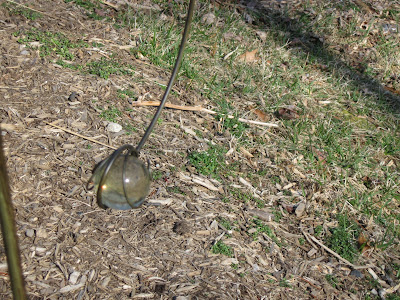 Email ThisBlogThis!Share to TwitterShare to FacebookShare to Pinterest
Labels: spring

Great pictures of the pond ice! I had to read to figure out what it was. Hard to believe it's so cold there. I love your wind figures. I would be very interested to know if it keeps the deer away! We are having lots of problems with the wildlife.

Your pictures are beautiful.....I wish my winter wasen't so long! And I like your new garden art, hope it helps keep the critters away from your garden. Keep me posted on that, I might try it.

Like the photos.:)
Don't know about the Garden Art (which I would love to have) keeping Deer at bay. Funny...I have deer but they never enter my yard/garden. My problem critter is bunny rabbits.

Love the garden art. Finally getting here to have a look. Hope it helps the deer problem. Did the critter come back and dig again?