Don't know about you, but when we're driving on vacation we usually stop for historical markers and points of interest along the way.

This stop was identified as the Great Carrying Place. 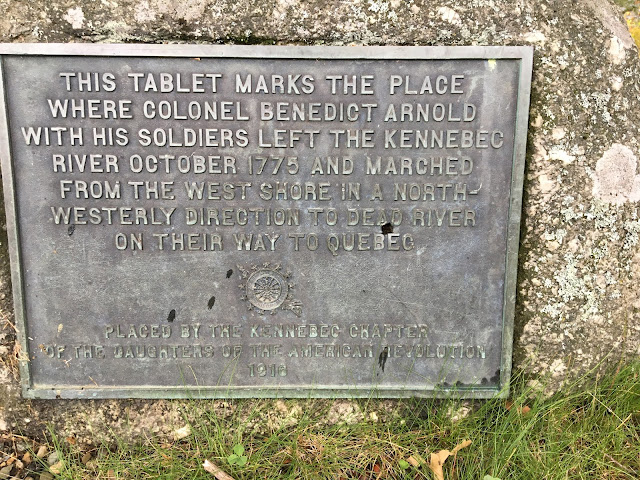 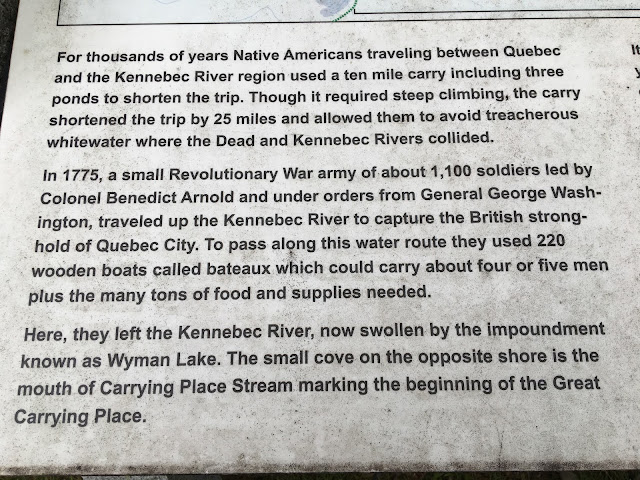 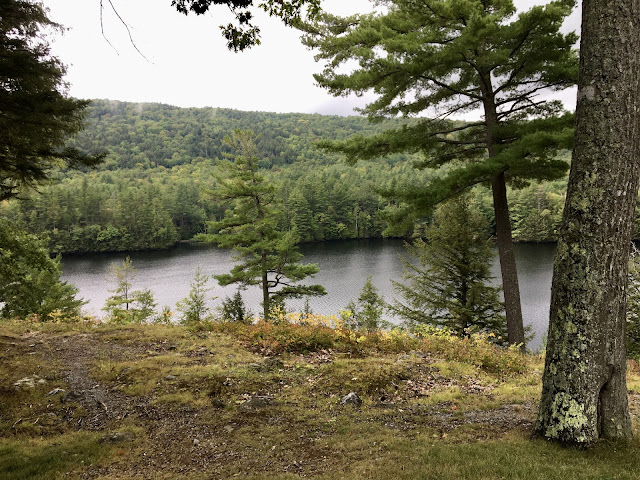 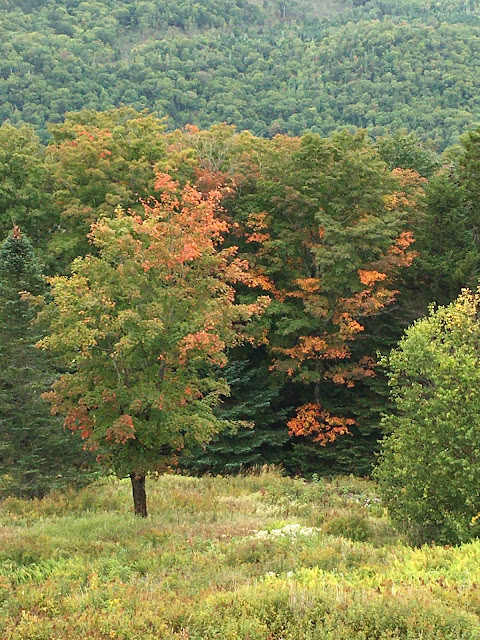 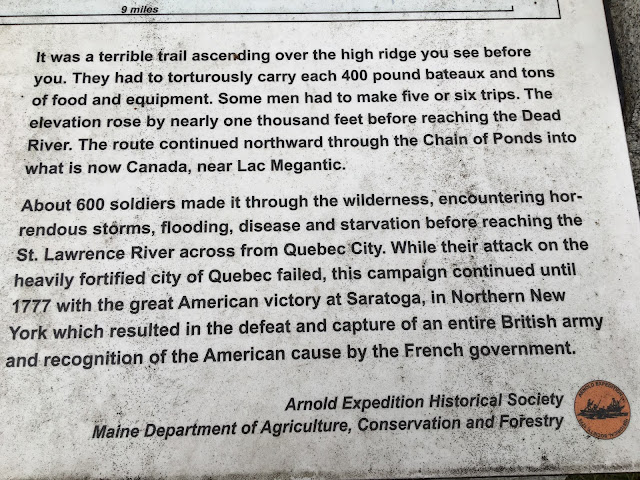 No mention is made of the fact that Arnold was a traitor in 1780. 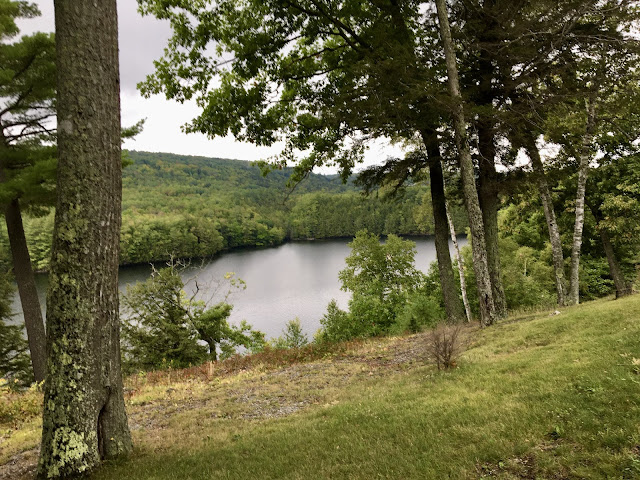 We had recently seen the old movie "Northwest Passage" with Spencer Tracy and Robert Young and there was a scene in that where heavy wooden boats had to be carried over hills to avoid capture from the French.  We could visualize Arnold's troops having to do the same thing over these hills.  Later in our trip we saw a bateau of the type used at that time.
Here it is upside down at a fort we visited in Augusta later in our trip. 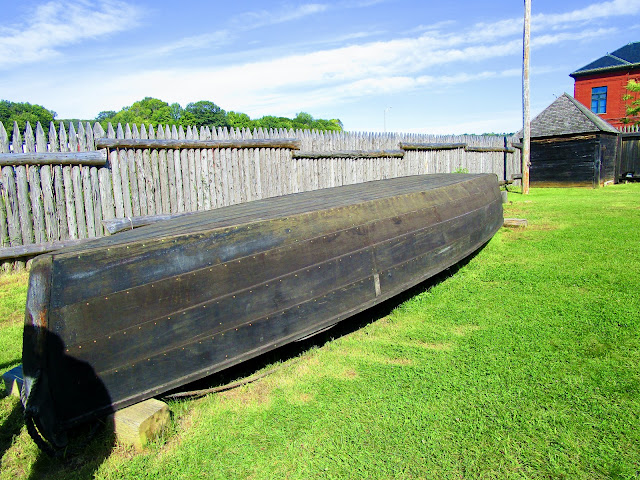 A fascinating account. I trust your journey was a little less arduous.

...will we memorialized Trump's treasonous acts?

We stop and read those markers too and it's always so interesting. It's good to know the history to put it all together!

Beautiful terrain and interesting history. Sounds like such a great trip!

From a different point of view, Arnold was a patriot. :)